(Photo by Bobby Johnson on Unsplash)

Introducing a new novella I’m starting with the prompting (and requirement) of my Creative Writing class! I never though I’d write a fantasy story, but here I am, writing a fantasy story. 😉 Each week I will post a new chapter. To see the prologue, click here. Hope you enjoy this story analysis!

Characters
In order of appearance:
Dahlia – Resides in Summer. Eighteen years old. Tall and thin, curly brown hair, and brown eyes. Compassionate and hopeful yet stubborn nature. A human slave who must work in the fields of Summer for the evil fairies. She is determined to save her younger sister Hollis from dying from sickness.

Andrea – Resides in Summer. Nineteen years old. Black thick hair, medium brown skin, black eyes. Extremely bubbly and friendly to everyone. A human slave who must work in the fields of Summer for the evil fairies. Disagrees with her serious friend, Dahlia, on many things.

Gesu – Resides in Summer, later transported to Winter. Thirty years old. Tall and broad-shouldered, tan skin, shaven face, and dark brown hair. An extraordinary healer that people come to so he can cure them. Silent and brooding, yet also thoughtful and kind.

Tarquin – Resides in Summer. Twenty years old. Tall and thin, brown skin, black hair with scruffy beard. Works on mines between the lands of Summer and Autumn. Impulsive, yet passionate about the right things, such as finding Gesu the healer. Dreams to escape the island of Istagun and sail to the land beyond the sea.

Prima – Resides in Summer. Older than the trees. A small green, fragile fairy who talks fast and curtly. She is a servant of Gesu and loves him very much.

Queen Hazina – Resides in a palace in the center of Istagun. Older than the trees. The evil fairy Queen of Istagun. Giant sparkly rainbow wings. Cruel and demanding. Wants all humans dead so she can replace them with the strong species, the Treelanders, to toil for her instead.

The story is told from Dahlia’s point of view.

Throughout the story, Dahlia transports to the lands of all four seasons. At the end, every land turns to the season of summer, showing that that was true time of year all along.

Eighteen-year-old Dahlia’s younger sister, Hollis, is surely going to die—if she’s not already dead. Unfortunately, the evil fairies of the island of Istagun don’t allow young adults to travel back to the land of Spring, where only children live. When Dahlia discovers a remarkable healer, Gesu, in the land of Summer, hope springs within her. After asking Gesu for help, she travels with his fairy servant, Prima, to find her sister and bring her back. But when she can’t find Hollis and Gesu gets missing too, Dahlia must seek the help of Tarquin, a young miner who has secrets of his own hidden in his basement. Will Dahlia find both Hollis and Gesu in time before the Queen of Istagun completely replaces the humans with a stronger species?

Woman vs. fairy Queen – Major conflict. Dahlia is trying to find both Gesu and Hollis, who are taken to Winter by the queen’s orders. This is a conflict because it makes it harder for Dahlia to find them.
Girl vs. sickness – Major conflict. If the sickness wins over Hollis, she dies and all of Dahlia’s efforts to find he are in vain.
Woman vs. woman – Minor conflict. Andrea and Dahlia disagree about marriage. Andrea thinks it’s the greatest thing and that you should do it, but Dahlia doesn’t think anyone should marry, because she doesn’t want her children to experience the misery of slavery and being  separated from their parents.
Woman vs. man – Minor conflict. Tarquin is in love with Dahlia, but she doesn’t want to consider him.
Woman vs. fairy – Prima wants Dahlia to go to Winter to find Hollis, but Dahlia is too optimistic and goes to Summer. Prima also wants Dahlia to seek Tarquin’s help, which after some debate, Dahlia agrees to.

Sacrifice brings life.
Love covers over a multitude of sins.

Allegory – Gesu’s blood heals the sick. This represents Jesus’ death healing sinners.
Ceasura – Prima stops abruptly in between sentences: “Get along, ladies—I’ll do the work—you know you can’t be seen.”
Prologue – I include a prologue so that the reader gets more of an insight into the story world, as well as the relationship between Dahlia and Hollis.

Dahlia and Hollis’ sweet love for one another is one of my favorite parts of this book. I also love how level-headed Hollis is even though she’s so young. Fantasy is usually not my favorite, but because this is a spiritual allegory along with some ideas that can be transferred to the modern world, it intrigues me. I love that this story is more about the characters and emotions than the story world, even though the story world is naturally a part of it. Speaking of story worlds, my younger sister actually helped me come up with the idea of four seasons separated into four different lands—and clearly, I think this is an intriguing idea this story has to offer. 😉 Another part of this story I enjoy is Prima, a fairy that chooses not to follow the evil queen but chooses to serve the healer Gesu. She’s innocent and quick-witted all at once. Finally, Tarquin is just way too cool. *Spoilers* He builds a ship underground in hopes to one day escape Istagun and sail to the lands beyond the sea.

Have you ever written or begun writing a book? Or do you have an idea for one you wished you had time to write? I’d love to hear about it! 🙂 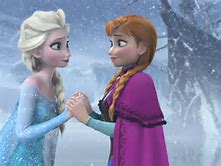 For my creative writing class, we were assigned to write a story analysis. I chose the story/movie Frozen! So before I let it go… enjoy! 😉

Elsa: The stunning blonde young princess-soon-to-be-queen of Arendelle. She has dangerous ice powers she doesn’t know how to control. She’s a very reserved and refined character who does everything she can to do the right thing, if she knows what the right thing is. She tries to hide her powers so she doesn’t hurt anyone, especially her younger sister, Anna.

Anna: The charming red-headed young princess of Arendelle who is very bubbly and excited about life. She doesn’t understand why she can’t see her older sister, Elsa, anymore. She is innocent of the world and falls in love easily. She loves Elsa very much, and tries to understand her and give her second chances.

Hans: The well-built, handsome young Prince Hans of the Southern Isles. He is a charmer who tricks people into thinking he is good, when he is plotting evil schemes behind their backs. His pleasant manner deceives Princess Ana herself, yet when he finally admits he doesn’t truly love her, the dark side of him comes out.

Kristoff: The down-to-earth iceman who sells ice for a living with the aid of his reindeer, Sven. He has an assertive, independent manner, yet also a very gentle and funny side. He plays the lute and loves Sven very much, but due to his isolation from other humans, he needs a little work overall, according to his friends the trolls.

Sven: Kristoff’s reindeer who doesn’t talk. He serves as a best friend to Kristoff and helps pull his sleigh. He (literally) nudges Kristoff to do the right things.

Olaf: A talking snowman, created when Elsa’s ice powers are unleashed. He has a silly, bouncy sense of humor that amuses everyone. He wants to see what summer is like, but he doesn’t know that snow melts when it’s hot.

Minor characters: Anna and Elsa’s parents, the Duke of Weselton, and Oaken

Summertime in Arendelle (probably in Scandinavia).

At a young age, Elsa the ice princess freezes her younger sister, Anna’s heart. After trolls heal Anna, Elsa and Anna’s parents lock Elsa in a room to protect Anna and the rest of the world from their daughters’ seemingly uncontrollable powers. By the time the princesses’ parents die at sea and Elsa’ coronation takes place, Anna is so overjoyed to meet new people that she easily and quickly falls in love with the charming Hans. When she pleads to Elsa to let her marry Hans, Elsa accidently releases her ice powers, and then flees Arendelle, leaving the kingdom completely frozen. Anna proceeds to find her sister, with the help of the iceman Kristoff, his reindeer Sven, and the snowman Olaf. After she finds her sister, as Anna discovers that Elsa doesn’t know how to melt the ice, Elsa freezes her sister’s heart. Kristoff takes Anna to his friends the trolls, who eventually tell them that only true love can melt her heart. At this, they set off to find Hans, but will Anna’s fiancé prove to truly love her? And will Elsa ever discover the secret to controlling her powers?

Woman vs. Woman – Elsa doesn’t think she can control her ice powers, but Anna is sure that there must be some way for her sister to melt the ice in Arendelle.
Woman vs. Woman – Elsa wants to protect Anna from her ice powers, so she hides away, but Anna wants to play with her sister.
Man vs. woman – Hans wants to take over Elsa’s throne.
People vs. environment – The people of Arendelle are taken by surprise that winter comes upon them in the dead of summer
Woman vs. herself – Elsa struggles with controlling her ice powers.
People vs. monster – The monster, Marshmallow, who guards Elsa’s ice tower, scares Anna, Kristoff, Sven, and Olaf away.

True love melts away fear.
Don’t trust people just because they are nice to you.

Metaphor: Elsa releasing ice powers = Elsa releasing her fear
Metaphor: Elsa melting the ice = Elsa’s love triumphing over her fear
Irony (dramatic): Olaf sings about when he’ll finally get to experience summer, while Anna and Kristoff along with the audience knows that snowmen melt in the summer.
Foil: Elsa and Anna are foils of one another. Elsa is quiet and withdrawn from the world, while Anna is outgoing and excited to see the world. Elsa is pessimistic throughout most of the movie, while Anna is optimistic.

Frozen is one of my favorite movies. No matter how many people get tired of it, I continue to adore it—the characters, the music, the plot. Everything about it. I think it’s a pretty remarkable story that manages to trick you into loving Hans, to make you laugh at Olaf’s never-ending jokes, and to make you cry when Anna tries to save Elsa’s life at the expense of the ice freezing herself. I remember my heart aching as Anna sang, “Do you wanna build a snowman?” when Elsa refused to come out of her room for the sake of protecting Anna’s life. The variety of emotions this story gives me is so entertaining. I love how Elsa learns that true love conquers over fear, which is something I’ve learned in my own life. Frozen is one of my favorite movies, because it makes me feel deeply, it makes me burst into laughter, and the music fills my heart and imagination.